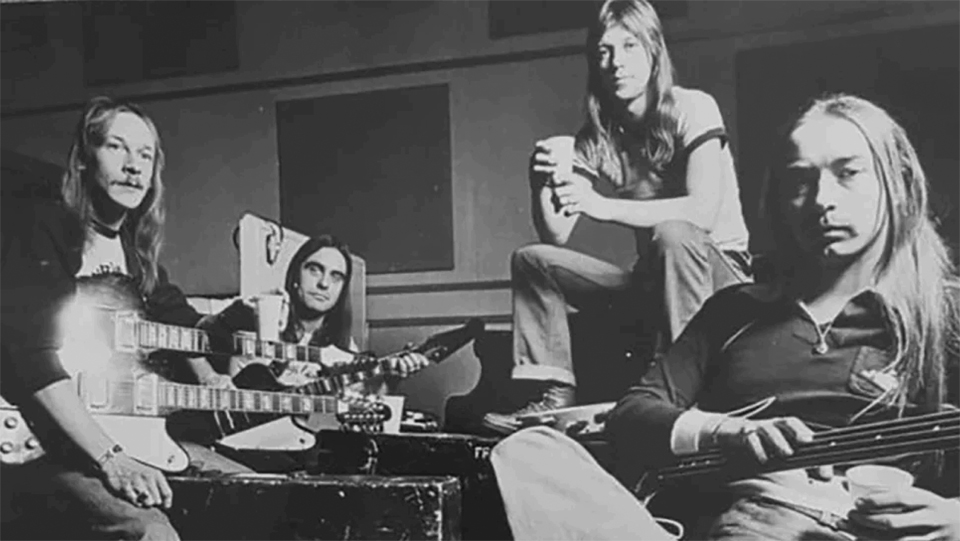 Managed by gangsters and plagued by poor record deals, bad luck cursed the career of Stray, once peers to the likes of Judas Priest and UFO.

“It’s 1966 and England are about to win the World Cup, The Who will score the joint biggest hit single of their career (I’m A Boy peaking at No.2), the Rolling Stones go one better with Paint It Black, before Jimi Hendrix and Hey Joe arrive like a flaming meteorite.

In such a glorious year for rock’n’roll, it’s perfectly excusable that the formation of Stray passed as something of a footnote. More than 50 years later, guitarist Del Bromham’s living-room wall isn’t plastered with gold and platinum discs, though he has achieved something equally difficult.

Pointedly lacking record label support, his band accumulated some colourful rock’n’roll anecdotes while colluding with murky gangland figures to record several of the most underrated albums of the 1970s. And, continuing to defy the vagaries of the music business, the band still exists today.

Dave Ling’s 2010 article about Stray has been re-posted by Louder Sound. Read the full article here.