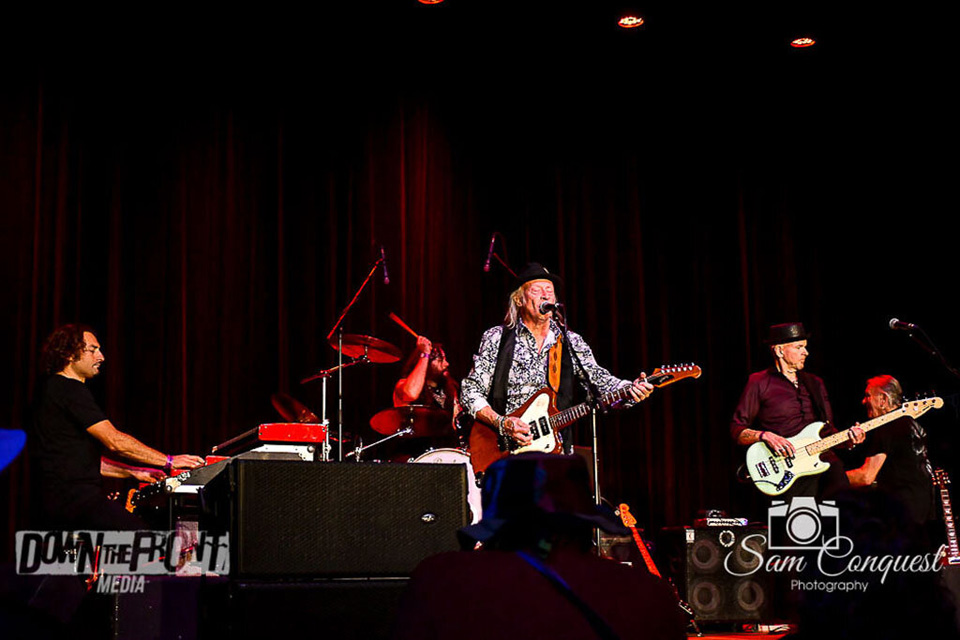 Many thanks to TIM MARCUS of DOWN THE FRONT MEDIA and to SAM CONQUEST PHOTOGRAPHY for this review and photo of Stray’s set at MARGATE RHYTHM & ROCK 2019.

We’re now two bands into the day and I’m buzzing. Next on the line up for the main stage is yet another band I’ve not heard before although I have heard a lot of good things about them, and that’s STRAY, fronted by lovable West London lad and guitar maestro, Del Bromham. A five-piece, blues rock band, STRAY have been playing live and making records for over 50 years and are well known to many. Del has a melodic vocal which blends well with the heavy blues-rock riffs that he’s thumping out with fellow guitarist Pete Dyer, and bassman Colin Kempster, all my age or older and thoroughly enjoying themselves. The set also features at various points some great twin lead guitar playing (Wishbone Ash style) between Bromham and Dyer which was great to listen to.

Doubling up on his wages today is keyboard player Simon Rinaldo, who’d also featured in the previous set as a member of PEARL HANDLED REVOLVER showing the versatility in his style of playing. It’s difficult not to smile throughout the set, not simply because of the quality of the music on offer but Del is a great character and has some great patter between songs. As they approach the final song of the set, he delivers the line of the festival so far, “this song’s so catchy you’ll be down the chemist in the morning asking if they’ve got any stuff for it”.
Read the full review here.